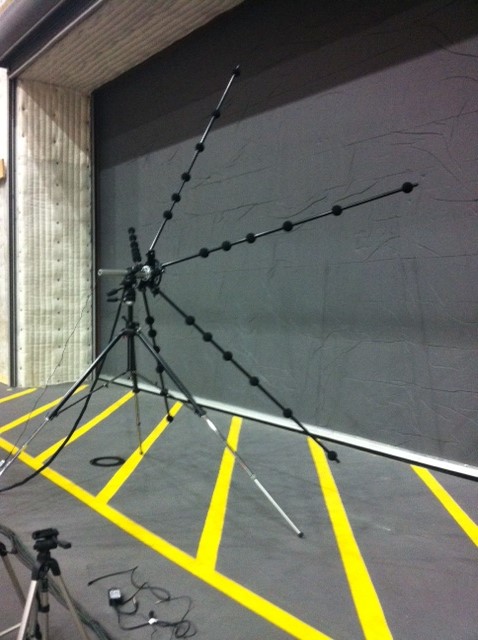 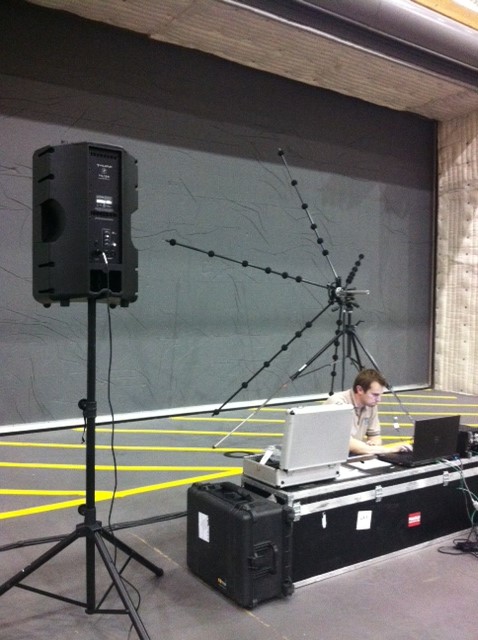 Environmental Noise Control, Inc. was contracted to perform a sound transmission evaluation of an elephant door used for film work at a sound stage at Raleigh Studios in Manhattan Beach, CA.

The studio installed the elephant door between two sound stages to block noise from one stage from transmitting to the other; however, there was still audible noise propagation.

ENC measured sound levels within one stage while generating noise via two prominent speakers on the other. Acoustical visualization (beamforming) was utilized to illustrate the studio door sound leak paths.

Raleigh Studios benefited from this study by being notified that modifying their door will significantly reduce the noise transmitting between the studio spaces. 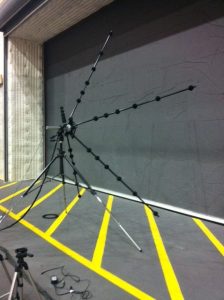 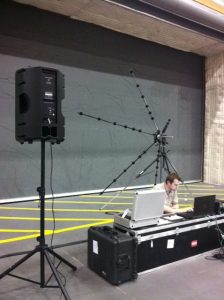